LJ is back to talk Pine-Sol and Michael Cunio and Supercrossed, the motocross movie made by the same guy a few years later.

Listen to "After These Messages: Pine-Sol with LJ" on Spreaker.

LJ wanted to make sure everyone knew that she likes to ride bicycles and not motorbikes, by the way. You can check out some of her bicycle related adventures on Instagram where she is Randonnista.

We started with this 1990s commercial.

Then we watched this one from 1994 with a tiny Tahj Mowry in it!

This one is prescient! Little Tahj would star in Smart Guy, a show about a super smart kid just a few years later.

Finally, we watched a spot from 2020, because, yep, the Pine-Sol ads are still featuring Diane Amos even now! What a run!

After that tour de Pine-Sol, we decided to check out the musical stylings of the evil French motocross rider, René Cartier, or Michael Cunio as people who aren’t familiar with Motocrossed might call him…

Our discussion of Michael Cunio spiraled into talking about studying abroad, sparkling wine vs. Champagne, and Julia’s favorite French candy.

Lastly, we watched this trailer for Supercross.

We decided we would prefer not to watch the whole of this one. We’ll stick with Motocrossed. We do appreciate that Channing Tatum’s character is named Rowdy Sparks, though. 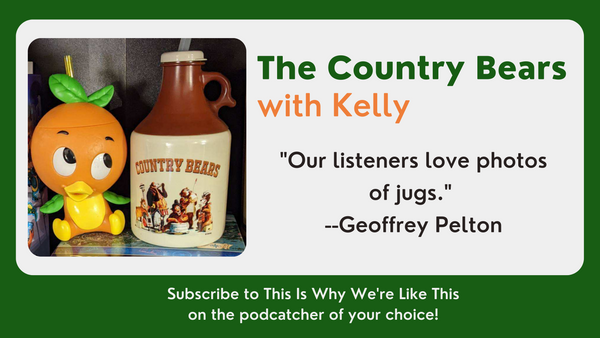